Last Friday, we were the proud recipients of the Whisky Magazine Craft Producer of the Year. Guy, Brian and Charlie received the award at a lunch at the Surgeons Hall in Edinburgh attended by 120 members of the whisky industry. To receive an award such as this after just 15 months production stands testament to the commitment to tradition that we have set out to achieve.

Our thanks go to the team at Whisky Magazine and to those who voted for us.

Icons of Whisky – Hall of Fame

Together with the distillery award, Charlie was recognised for a lifetime of commitment to the whisky industry when he was inducted to the Whisky Magazine Hall of Fame. Following a career spanning 40 years, Charlie’s drive and motivation remains undiminished and this award is a fitting tribute to his ongoing enthusiasm. 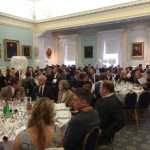 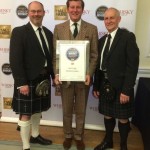 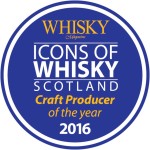 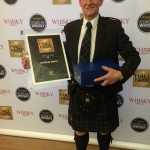 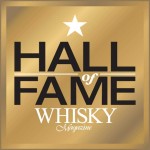