With several decades of combined experience, the team at Ballindalloch use their skills to craft the finest spirit with traditional attitudes at heart of all that we do. 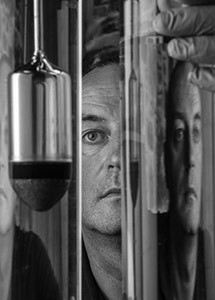 With over 16 years of production experience, based initially at Auchroisk and later moving to Knockando, Colin oversees all aspects of production. From the very first Mash in September 2014, to the selection of casks today, he sets out the building blocks that form the basis and progression of our spirit character.

With a natural ability to embrace the science behind whisky making, Colin has a commitment to producing an outstanding spirit that fits the profile needed for our long term maturation needs. 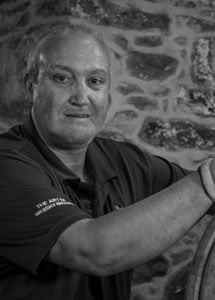 Davey has been in the whisky industry since the 1980’s when he took up the role of Kilnman at Highland Park. He moved onto being a Mashman, then Stillman often spending time covering at Scapa Distillery. David finished his time on Orkney as Warehouse Supervisor for Highland Distillers. Moving to Macallan in 2000, again as Warehouse Supervisor, Davey took the decision in 2017 to return to the hands on nature of whisky production that he first experienced at the beginning of his career. 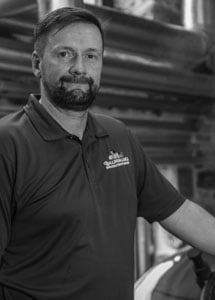 Ian joined the whisky industry in 2012 as Bottling Team Leader for William Grant and Sons. Over the following 5 years, time was spend at both Strathclyde Business Park and Glenfiddich Distillery overseeing the bottling of a number of their brands. Before joining Ballindalloch, Ian was responsible for overseeing the distilling and bottling at Glen Grant. With a strong engineering background and a desire to be involved in the day to day production of whisky, Ian is now able to apply his skills to a manual production environment.